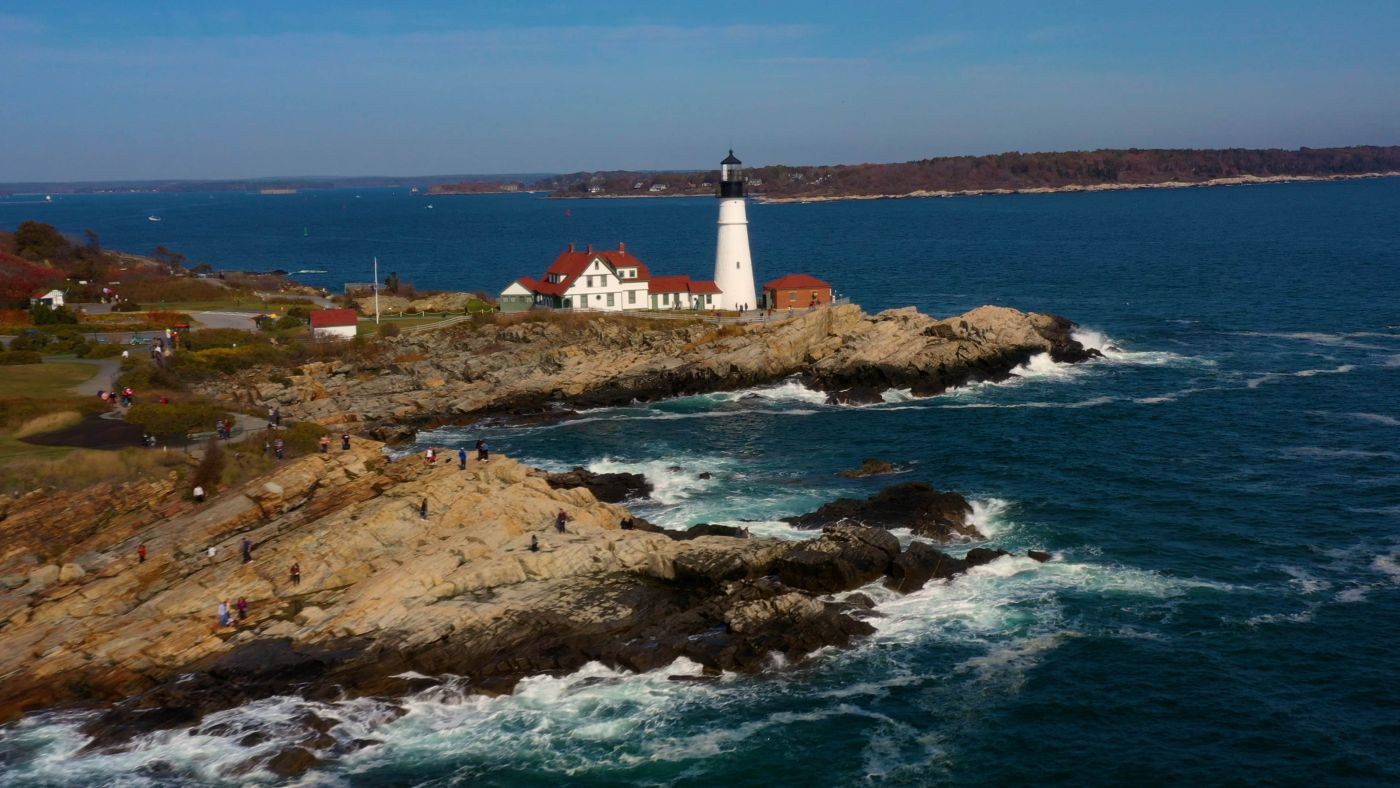 Maine wasn’t really the main focus of our New England Trip, just a state we wanted to film because we were up there.  However, after filming it, it was probably the most enjoyable, most scenic of the trip.  Maine’s coastline is not like other states where you can pretty much drive down the coast an a few hours and see all the coastal regions.  Maine’s Coastline is over 3,400 miles like due to its jagged shoreline, Coves, Bays, and Harbors.  As a result we really needed more than the aloted 4 days to film.  Hwy 1 is the Coastal Highway, but even from Hwy one, some of the shoreline on a tip of a Pennensula can take hours to get to.  Therefore we had to skip regions we would have like to have filmed.  We definately want to go back and film more of Maine.

As I was at the Portsmouth Lighthouse, I looked over the rocks along the shoreline and came up with the “suspensful” idea for the opening.  I had employed this tactic in a couple of Love Stories we shot, where we show a guy who appears to be mountain climing, by only showing the tight shots of fingers and feet climing rock.  Then at the end to zoom out and show its pretty much a joke.  It was funny seeing the looks on people’s faces as I was filming this, “What is that guy doing”, I know it looked pretty silly, but thought it was the perfect opener to the Maine Video.

We started in Bar Harbor, which even during Covid it was extremely crowded.  I could image what it is like without Covid.  This was the 2nd week of October, and it was cold for this Florida Boy.  Like the New Hampshire Coastal video there was one city that wasn’t at the Coast, but decided to put it on the Coastal video.  In this case it was Rumford, and no where even near the coast, about 200 miles away, but we found a way to include it in this video.  It is one of the most beautiful cities I have scene with Waterfalls, Rivers, and Bridges, so had to include it with this video.

Maine has a “Maine Street Program” where they take older towns, and highlight the vintage aspect to them and put the businesses in downtown on Maine Street.  It creates a more friendly environment and gets people talking to each other.  This was great to see and was really impressed.  Maine has done a great job in restoring their older downtown areas.