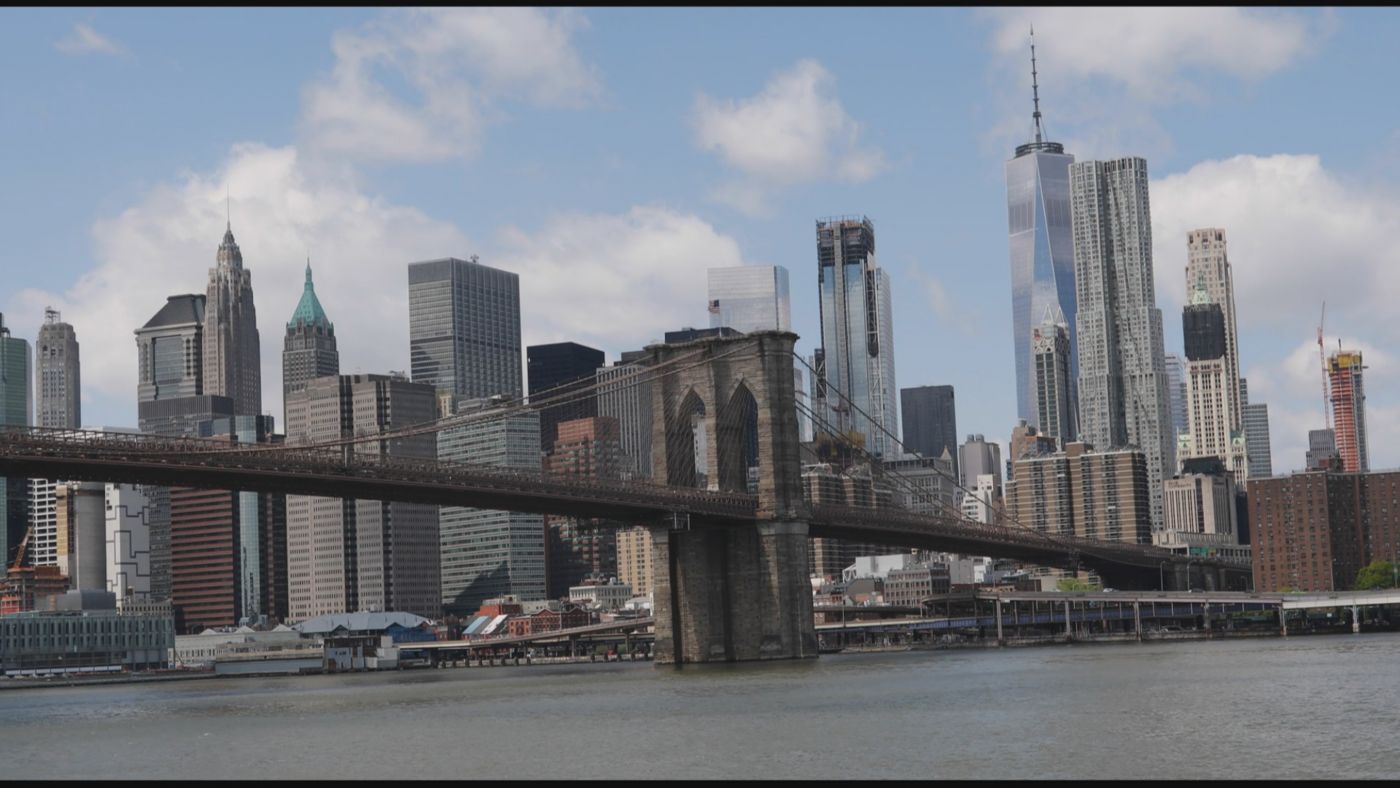 Aerial of the southern portion of Manhatten Island in New York City.  We were shooting a wedding on Long Island, however the bride wanted shots of the City.  With the traffic of New York, there was no way we wanted to actually have to drive into Manhatten so our plan was to find a spot on the shores of Brooklyn.

The bride had wanted shots of the skyline of New York City on the morning of the wedding. After looking at google maps trying to determine what would be the best shoot shooting from Brooklyn, I decided “how about we ride the ferry”. I came up with a plan to board the East River Ferry at Hunters Point and taking it to Governors Island, then reboarding the northbound ferry back to Hunters Point. It worked out great as we sailed under the Williamsburg Bridge, Manhatten Bridge, and Brooklyn Bridge as well as giving us great shots of New York City.