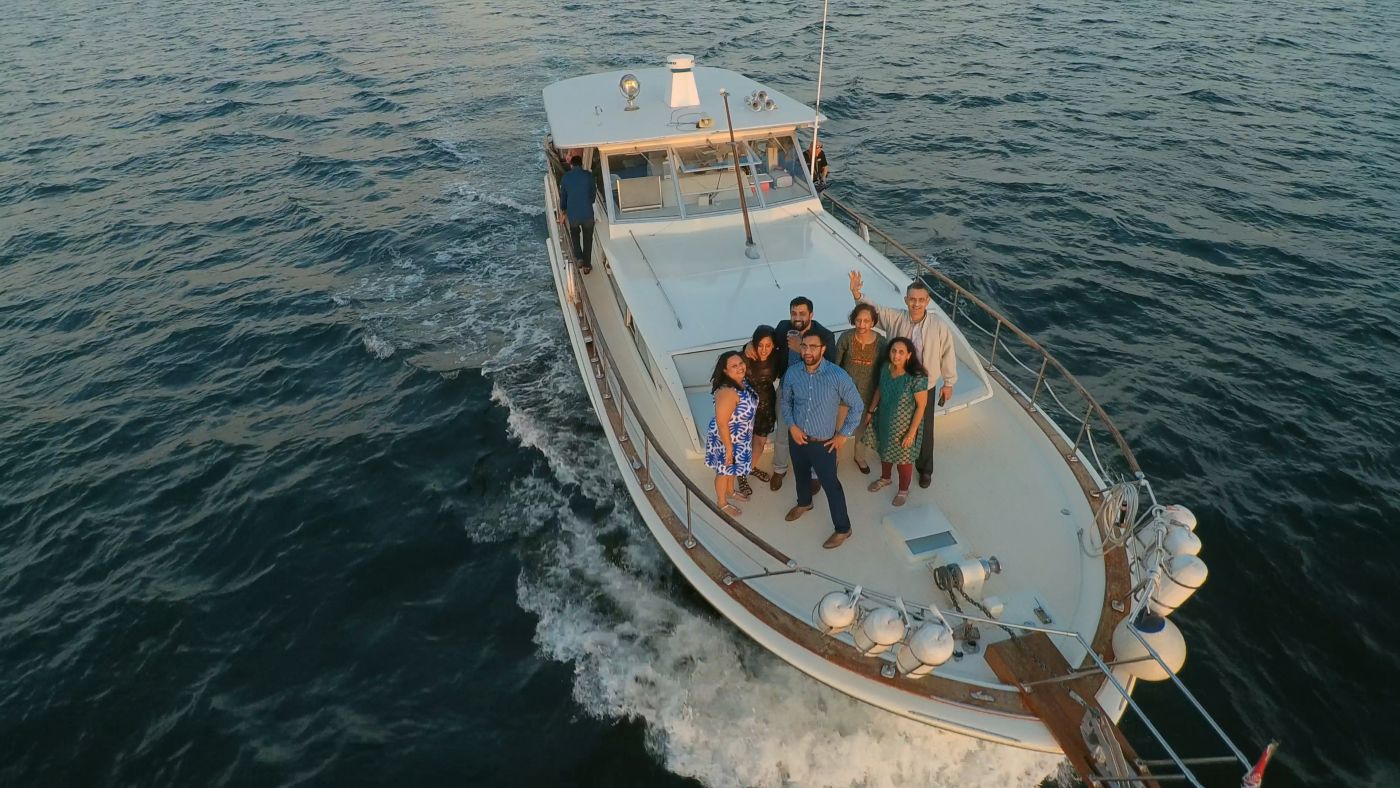 Although we have shot the Skyway Bridge many times, I have always wanted to do it by boat.  The opportunity came yesterday as we were hired to do this video for a guy who was planning to propose to his girl at sunset near the Skyway Bridge.  After getting some tremendous shots that you see on this video, I had thought I was going to lose my drone and even worse the great footage.  The drone was in a “return to home function”.  This sends it back to where it took off from, however the problem is, being on a boat, I was miles from where it took off from.  For some unknown reason, I could not get it out of the “return to home function”.  The drone was heading away from where we were with the battery running down and I seemingly could do nothing about it.  We had the captain head back to where we were when we took off.  It was a race against a dieing battering.  With about 2 minutes of battery left the drone was descending into the ocean, but we could not visually see it. I looked  on the monitor with about one minute left and found our boat and not atleast had some control.  The question was could I make it to the boat before it landing in the water.  With about 20 seconds left I was able to reach the boat, and one of our male passengers was able to snag the drone out of the air, saving the drone, but more importantly saving this footage.