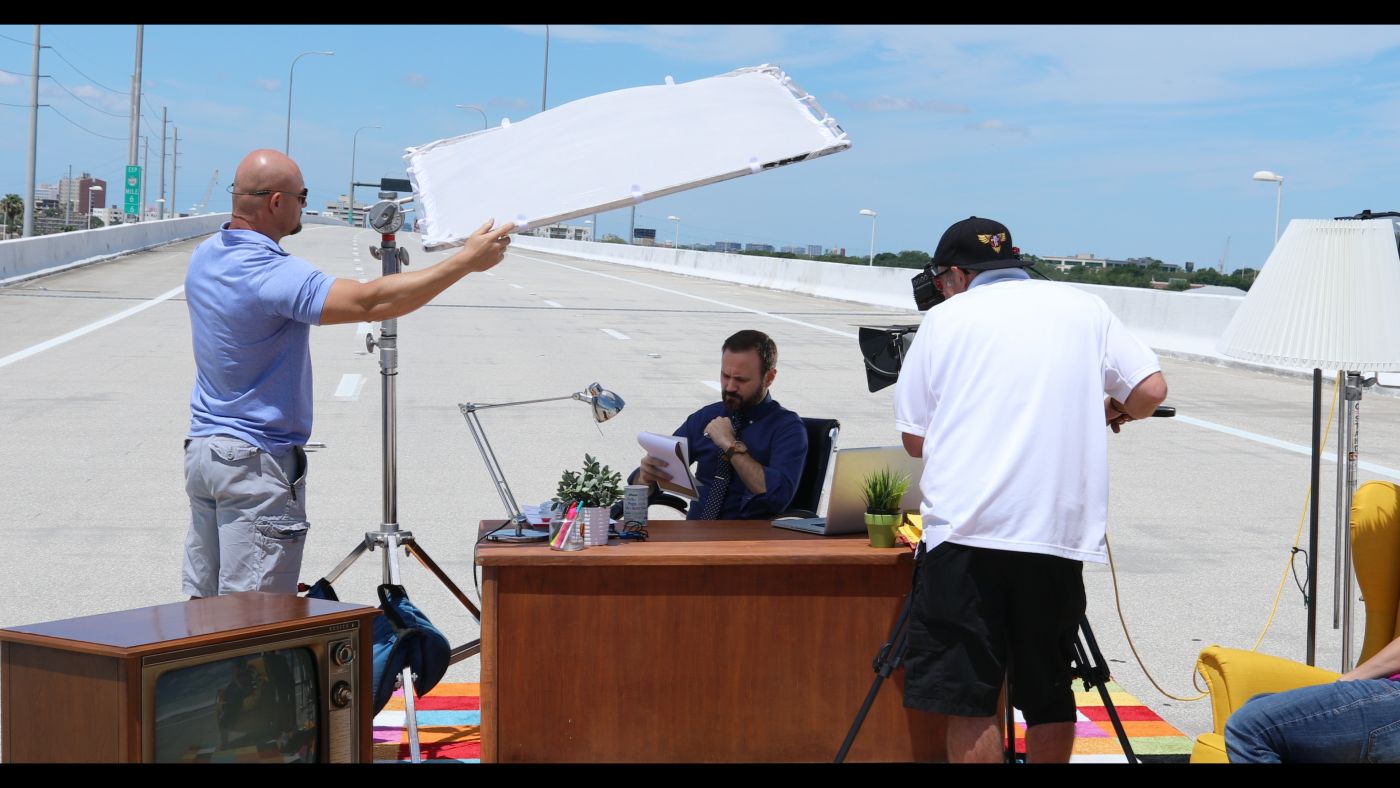 We were honored to be hired by Ad Partners Advertising Agency to do this creative shoot on the Upper Deck of the Selmon Crosstown Expressway in Tampa.  We had coordinated with the Tampa Crosstown Authority and Tampa Police Department so that we had use of this expressway for this shoot.  We had to shoot it during the time after the morning rush hour, and before the reversible westbound lanes turn to eastbound lanes. 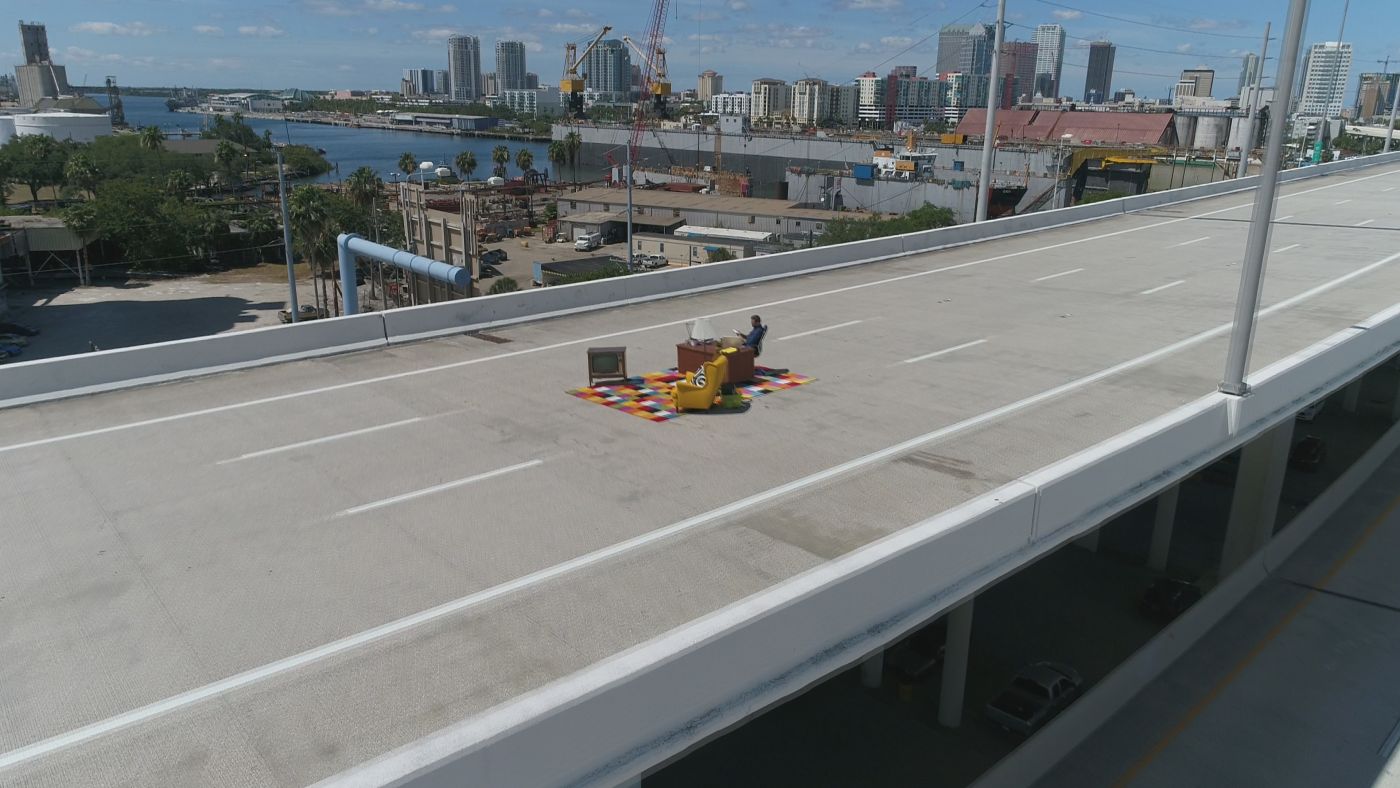 We shot the aerials in the first two hours of the shoot however the ground level cameras were there well after that.  We used both the Inspire 1 Pro as well as the Phantom 4 pro for this shoot.  The Inspire 1 gaved us a little more speed for the high up shots moving toward downtown, while the Phantom 4 pro gave me better maneuverability to move around the light stands.  The Phantom 4 pro does have obstacle avoidance, however I do not like to rely on that.  Ad Partners motto is similiar to our philosophy “Finding ways to make you stand out means working beyond the obvious solution” , probably why we love shooting with them so much. 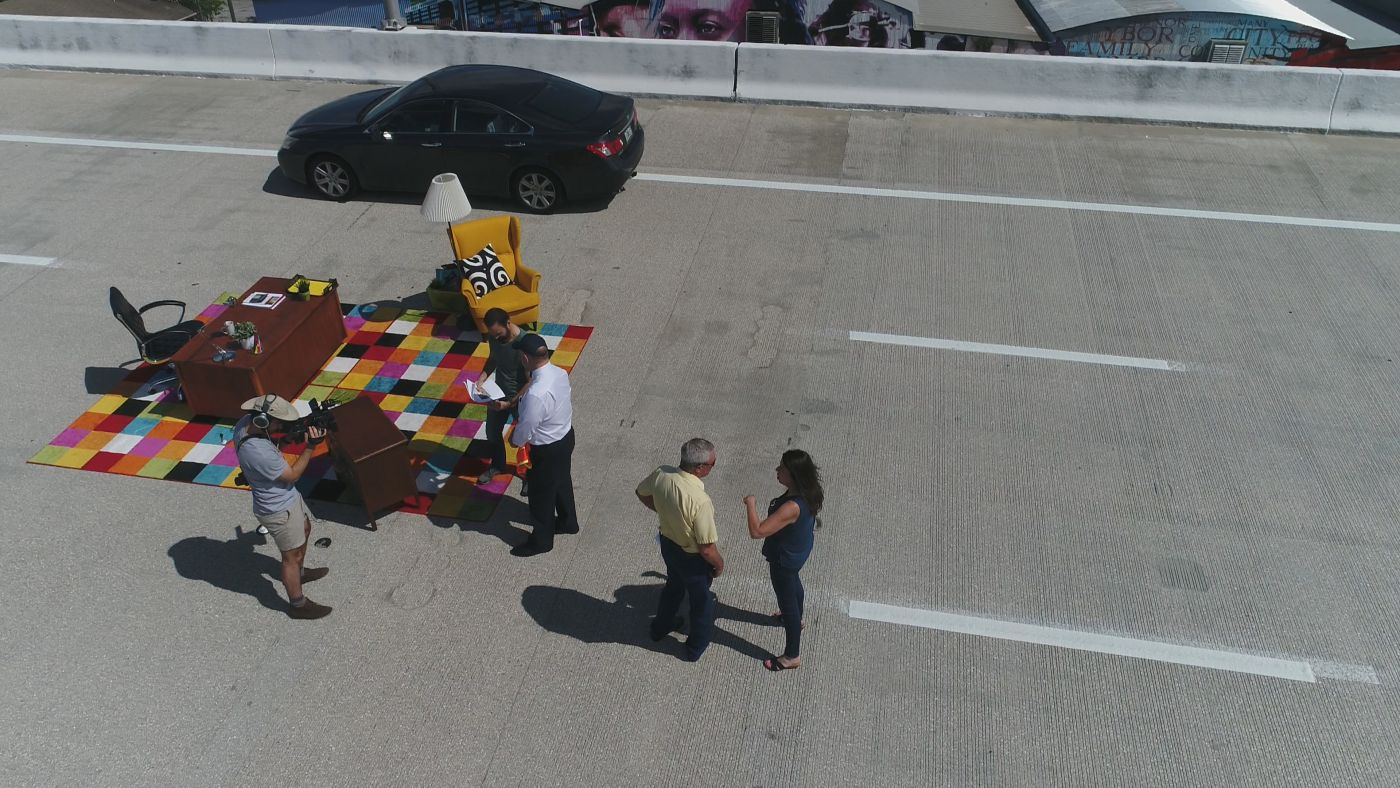