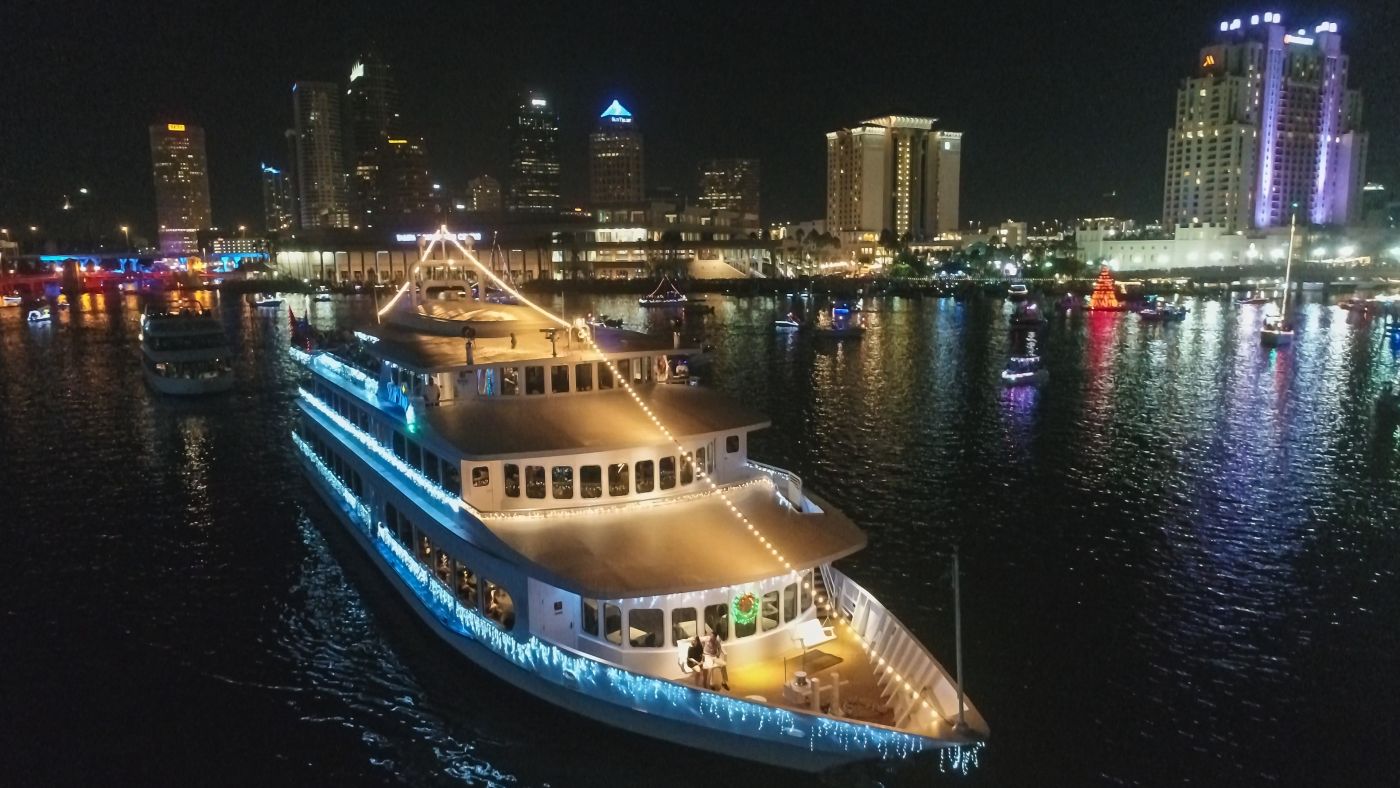 Each year just before Christmas,  downtown Tampa begins the Holidays with the Tampa Riverwalk Lighted Boat Parade. If you want to jump into the Christmas Spirit after all the hassle leading up to it, no better way than to view the Lighted Boat Parade on Tampa Riverwalk. It starts off with the small boats with Christmas music that sail under the bridges of the Hillsborough River along the riverwalk.  30 minutes later the bigger boats arrive along the Seddon Channel between Davis Island and Harbour Island.  The bigger boats start with the Grand Daddy, Starship 1, the biggest of the 3 ships from Yacht Starship Dining Cruises.  Circling around Starship 1 are the sail boats.  The crowds gathered along Davis Island, Harbour Island, and the Tampa Convention Center.   One of the best view is aboard one of the the Yacht Starships . Its a popular cruise so if you are thinking about it next year book early. See Tampa Riverwalk